For decades, Växjö, Europe’s most modern timber city, has consciously considered building wood as the norm and has contributed to the development of sustainable and environmentally friendly construction.
Växjö is a small Swedish town with a population of 93,000, where the first 4-5 storeys apartment buildings were built in the early 90´s and university campuses and centers were built at the turn of the millennium. In 2004, the municipality of Växjö issued the first Mer trä i byggandet, a guide to the development of a wooden town, which started a boom in the development of wooden houses. Successful projects, close cooperation with universities, and a continued desire to develop an environmentally responsible construction sector led the city decision-makers in 2013 to set new goals and establish strong regulations to increase the proportion of timber buildings in the region. As a result of these measures, 47% of all new buildings under construction in Växjö today already have wooden houses. Växjö’t can be considered as a model for all European cities – the strategy for developing wood campuses is clear and sustainable, and the city works very closely with universities and the local wood-house industry. It is a win-win situation where science and industry are intertwined and the direct result of this is the increase in the welfare of the population in the local government.

Johan Thorsell, Head of Wood Construction Development at Växjö City, outlines the following goals in his wood construction strategy:
• By 2020, 50% of new developments will be wood-based;
• from 2020 onwards. – 50% of new developments are wood based and each building has a climate impact statement;
• From 2022 onwards, buildings with the smallest carbon footprint of the load-bearing structure are preferred for building permits;
• from 2025 onwards. – all new developments must have a climate impact of less than 225 kg CO2 e / m2. Climate impact declarations are mandatory and preference will be given to buildings with the lowest carbon footprint;

Siim Leisalu, chairman of the Estonian Wooden Houses Association, considers it important to take over Växjö’s best practices and promotion of wood construction and encourages Estonian municipal construction professionals to think in the same way. “The strong and long-standing view of the environment and wood construction as a whole, of the officials and politicians there, plays a major role in the success of Swedish timber cities in the urban environment. It is recognized that a wooden building is not only a more environmentally friendly type of building, but also much faster, better quality and safer than a site construction. ”We are pleased to note that more in parks, playgrounds and other public spaces. ”Leisalu hopes that a similar way of thinking is gaining ground in Estonia. “By building wooden buildings, we value wood to the highest standard, as an added bonus, we store carbon dioxide and create carbon banks in the most natural way. Wood is a renewable natural resource that has been used for years to build buildings, but only now, in the light of climate-neutral goals, is it really thinking about its true potential. ” 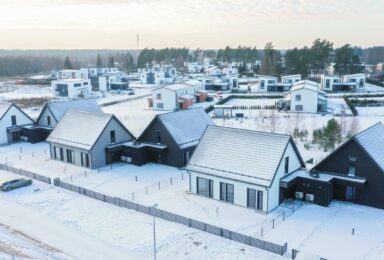 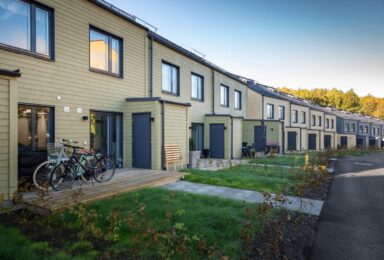 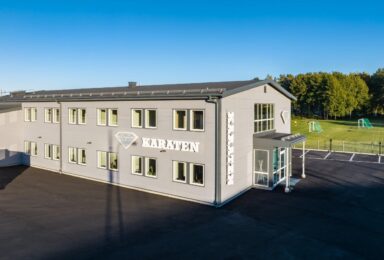