The Helsinki Central Library will be officially opened next week. Timbeco’s team had the opportunity to build a roof and facade of the building. A brief summary of the building’s construction here in the video

Timbeco team has completed the installation of prefab facade elements in the city center of Bodø, Norway. This is a 14-storey high building, which is also the highest building in the city, and is also known as the new landmark of Bodø. The building will accommodate business and office space, and on the higher floors … Continued

Timbeco motorcyclists on the terrain

Timbeco motorcyclists landed this time on the terrain and spent a whole day traveling through various roads. We encountered both the gravel road, the forest species and the raisins. Failure to take into account the breakdown of the engine cover of one motorcycle and the second tire breakage, everyone happily came to the end of … Continued

Timbeco Woodhouse completed a technical project and produced a 100 m² service station as a module. The building’s completion time was 8 weeks and the factory was 99% ready. All interior, special and facade works were carried out at the factory. All furniture and refrigerating equipment were installed before the module was transported. The mass … Continued

Head of the Design Division at BIM SUMMIT 2018

Raino Kivioja, Head of the Timbec design department, introduced Timbeco at the BIM Summit 2018. Timbeco was invited to BIM Summit to share her successful experience in using laser scan on an example of a real project. The presentation focused on linking the point cloud with the building model as a result of Laser Cassette … Continued

The construction of factory-made wooden elements and their use with other structural materials is widespread throughout the Nordic countries. Wooden elements accelerate the construction process and thus reduce the cost of construction. Timbeco Woodhouse is constantly developing its product portfolio, and projects are increasingly complex and challenging. Timbeco’s partners are contractors and real estate developers … Continued

Timbecot was awarded for the best special solution

Timbeco was recognized for the “best factory built solution” at the factory building organized by the Estonian Timber House Cluster and Woodworkers’ Union. The object is Torgkvartaleti Shopping Center in Norway. Additional information about the object here->

Timbeco Ehitus OÜ and Timbeco Woodmill OÜ also participated in the Estonian Building fair this year. Our main focus is on the construction of near-zero energy in 2020 and wood constructions.

Every year, the Ministry of Internal Affairs recognizes volunteers for internal security as well as people, companies and institutions that have supported volunteers in internal security or have otherwise helped to increase security in their community. In 2018, the Interior Minister Timbeco Woodhouse acknowledged the sponsorship of the Target Volunteer Rescue with the title “Contributor … Continued 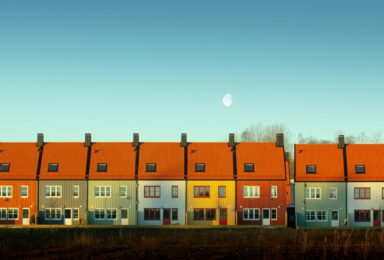 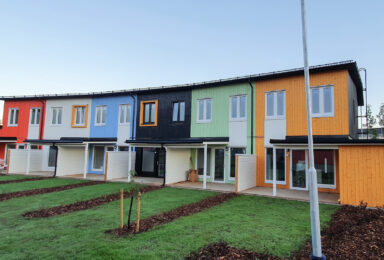