In Estonia, about 70% of the population lives in apartment buildings built more than 30 years ago. Most of these buildings have the same typical problems: high levels of energy consumption, inadequate ventilation and uneven indoor temperatures. Therefore, the buildings need rather extensive renovation work. The Timbeco team, in collaboration with TalTech University and Drive0, … Continued

The first SmallGreen house was completed in Switzerland

Timbeco’s partnership with SmartSmallHouse AG began at the end of 2018. The purpose of the partnership is to provide Swiss customers with the best service in the production and erection of prefabricated wooden houses. Timbeco wants to combine the concept of ThermoLog® heat-efficient and ecological wooden houses with Vastu architecture. Vastu shastra (vāstu śāstra) is … Continued

The DRIVE 0 project was approved by the European Commission and officially launched on October 01, 2019. The project aims to provide efficient solutions within innovative renovation processes that focus on energy, material and cost savings. With the project ‘Reducing CO2 from EU Buildings – Innovative Approaches and Affordable Solutions That Change the Market for … Continued

Växjö – a small city but a great example

For decades, Växjö, Europe’s most modern timber city, has consciously considered building wood as the norm and has contributed to the development of sustainable and environmentally friendly construction. Växjö is a small Swedish town with a population of 93,000, where the first 4-5 storeys apartment buildings were built in the early 90´s and university campuses … Continued

This year, the umbrella organization of wooden house producers and affiliated companies, the Estonian Wooden House Association, is celebrating its 20th anniversary. An important event of the jubilee year was the opening of the sector exhibition space in the new museum building of the Estonian Open Air Museum – a modern wooden house – on … Continued

Factory House of the year 2019

The Helsinki Central Library will be officially opened next week. Timbeco’s team had the opportunity to build a roof and facade of the building. A brief summary of the building’s construction here in the video

Timbeco team has completed the installation of prefab facade elements in the city center of Bodø, Norway. This is a 14-storey high building, which is also the highest building in the city, and is also known as the new landmark of Bodø. The building will accommodate business and office space, and on the higher floors … Continued 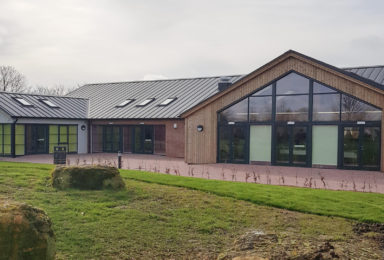 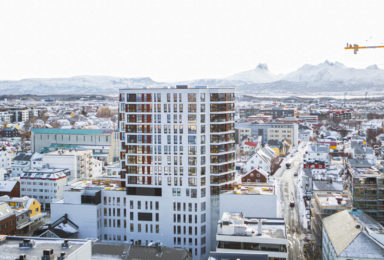 Timbeco's team designed, fabricated and installed façade elements on the new Risenga school's building, covering the facade of several floors at once.