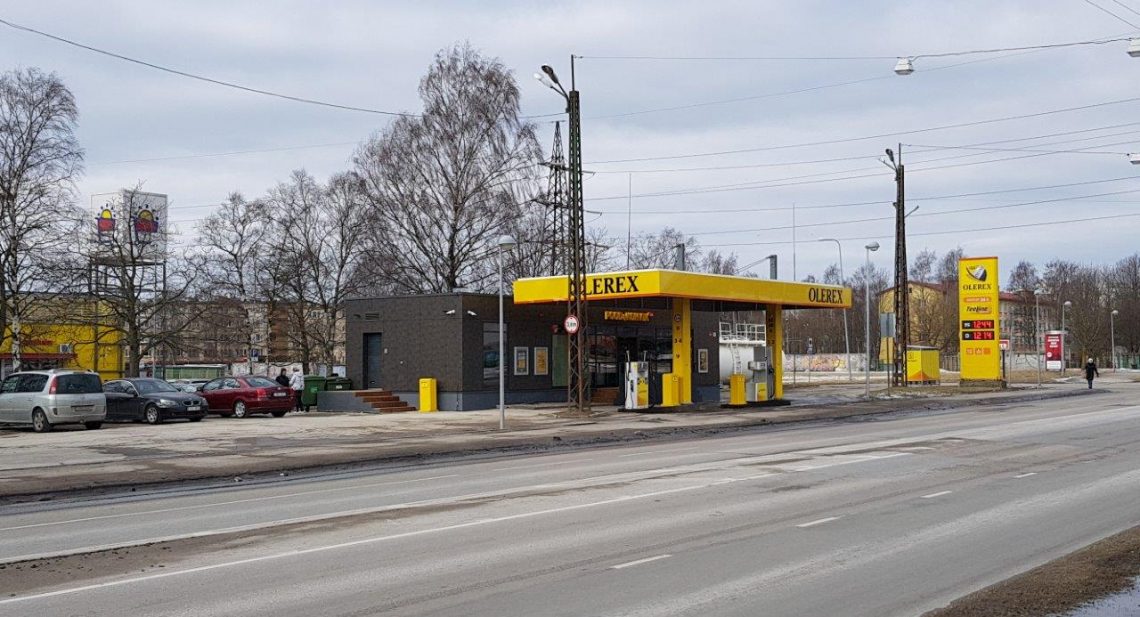 BACKGROUND INFORMATION
Timbeco Woodhouse OÜ conceived a technical project and produced a 100 m² module gas station service building. The building was constructed in 8 weeks and it was prefabricated in the factory in the extent of 99%. All interior, specialised, and facade works were completed in the factory. All furniture and cooling equipment were installed prior to delivering the module.

TECHNICAL SOLUTION
The technical solution was developed by the designers of Timbeco according to the architectural solution and the requirements for the layout provided by the contracting entity
The building was designed on a metal frame base to make it portable. Panels on a timber structure were used for the walls and ceiling panels. Floor-to-ceiling windows and a door module were installed in the factory. Composite panels predetermined by the client were used as the facade solution. 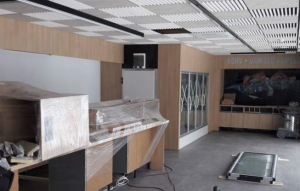 Tõnis Vaiksaar
Sales Manager
The project surprisingly proceeded as expected and both the contracting entity and Timbeco were satisfied.
Even though the design process of the load-bearing structures was more complicated than planned, the construction works were organised very smoothly and in good cooperation with the client. The greatest challenge was designing a sufficiently rigid base frame that would meet the requirements of the client regarding the height from the ground and would ensure safe delivery of the glass facade.

CHALLENGES
The greatest challenges for the design team were related to the above-the-average dimensions of the gas station and ensuring its transportability. Thus, the metal frame base was designed for the building to ensure its sufficient rigidity and portability.
The extremely short installation period, which caused minimum interruptions for the main business of the contracting entity (the gas station store). Thus, all special parts and technical installations were 99% prefabricated to prevent any stoppages in serving the customers visiting the gas station.

TRANSPORTATION AND LIFTING
The services of a company involved in special transportation projects were used for transporting the gas station module. Hydraulic jacking equipment was used to lift the module to a height at which a truck was able to drive under the module and the module was loaded on a truck. Since the dimensions of the cargo exceeded the maximum dimensions permitted for standard cargo, the module had to be transported at night. On the site, two cranes were used to lift the module to its designated location. The entire lifting operation took less than three hours and the gas station store was opened less than 36 hours after the installation of the module.

view more
View all references
Or contact our consultants